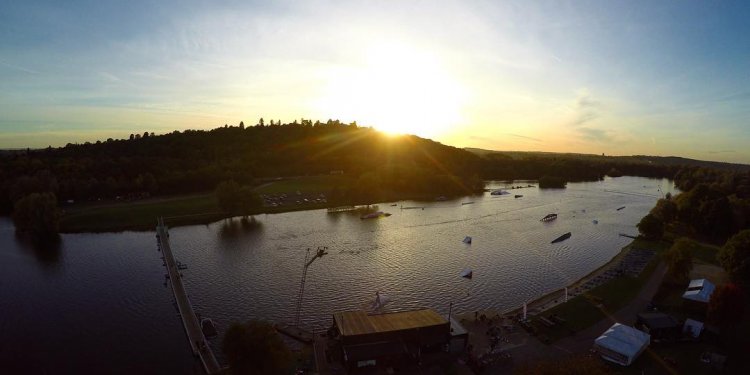 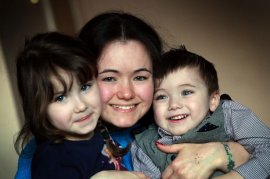 Kian Musgrove, 2, from Newbiggin Hall, with his mum Kat, and sister Katie, 4.

A mum is in a race against time to save the life of her little boy.

Kat Musgrove has just 30 days to find the £140, 000 that would allow son Kian to receive groundbreaking medical treatment in America.

Doctors have told Kat there is an 80% chance that an aggressive and rare form of cancer which almost killed Kian a year ago will return.

But now she has been offered the chance to send the two-year-old for a new trial treatment, which could prevent a relapse ever happening in the first place - but it costs £140, 000.

“If I spent the money we’ve raised on the new, preventative treatment, and it doesn’t work, I’m left with nothing.

“But I couldn’t live with myself if I let this opportunity pass.” 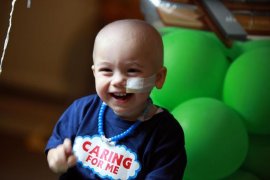 The new trial treatment - called DFMO - aims to prevent the cancer returning by stopping a certain cell that creates the neuroblastoma cell. But it has to be started no later than 120 days after the patient has undergone their last bout of immunotherapy. And Kian’s immunotherapy treatment finished 90 days ago.

“That leaves me with hardly any time to apply and raise the money, ” added Kat.

“The trial is taking place in New York, so we’d be flying over there every three months for a two year period.

Kian was first diagnosed with stage four neuroblastoma on October 31 2013. His tiny body was riddled with 27 different tumours.

The illness first attacked his nerve cells around the kidneys on an adrenal gland where a tumour had developed. It then travelled around his body and spread to his bones and across his pelvis.

Chemotherapy and numerous operations followed, including the removal of a stem cell and subsequent immunotherapy treatment.

It took eight months, but eventually Kian’s cancer was no longer detectable to the delight of his family. But their joy was short-lived when medics revealed there was an 80% chance the cancer would return.

His family, including sister Katie, four, launched a £500, 000 fundraising drive knowing that if the illness did return, he could travel to the US for relapse therapy.

But the development of DFMO by American medics means, should it be successful, Kian could avoid a relapse altogether.

Kat said: “I want to give my boy every chance of survival, I’m sure any other mother would be the same.

“I’m scared that if I let go of this opportunity, I’ll forever regret it. But then if it doesn’t work, I could be left with nothing.” 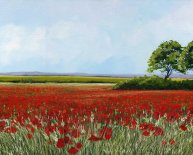 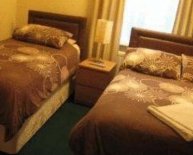 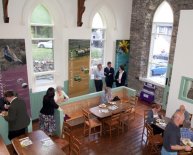