In upper Wensleydale the stately Addlebrough stands flat topped and serene with its high crags dominating the dale and its northern slopes reaching down in a series of diminishing escarpments to embrace the river Ure. On its western flank the lower slopes are steep and almost touch the mirrored steps of the mightier Wether Fell cupping the secret and tranquil valley of Raydale and lake Semerwater. The river Bain, the shortest river in England, flows from the lake over a three mile course to join the river Ure close to Yorebridge, the Ure crossing. Bainbridge, as its name suggests, is founded around a crossing of the Bain which is built on exposed bedrock and forms beautiful cascades just upstream from the bridge.

It is an ancient settlement thought to have been formed in the 12th century when it is known to have provided 9 acres of land in a clearing for each of 12 foresters who safeguarded the then Forest of Wensleydale. In those times and until recent years a horn was sounded each night between September and Shrove Tuesday to guide shepherds and travellers to a safe haven. Just to the east of the village is a glacial mound called Brough Hill the site of a Roman encampment, thought to be Virosidium, occupied between AD 100 and AD 400.

The extensive gem of a village green sprawls over undulating ground giving a wonderful sense of space. Individual trees are dotted around to lend intimacy and all are encircled by terraced houses and occasional single dwellings rising and falling with the landscape. Similar to many Dale's villages behind the formality of houses surrounding the green are short lanes, alleys and nooks with quaint cottages and terraces secreted away. It is still a thriving and popular village to this day with two hotels, a scrumptious tea room and a unique butchers as well as miles of footpaths and fell walks on the doorstep. 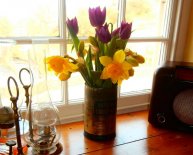 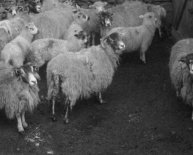 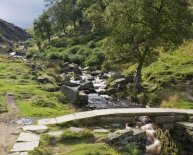