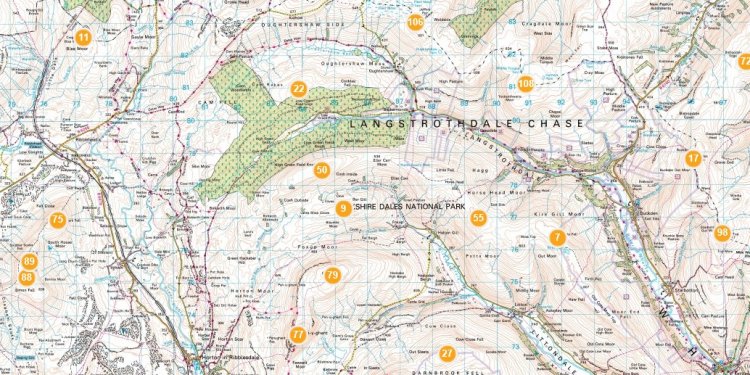 Map of the Dales 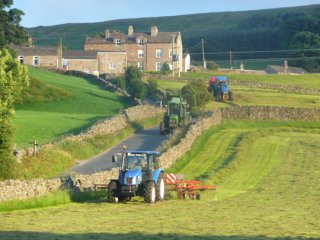 Dales and Villages of the Yorkshire Dales

One of the great characteristic features of the Dales is the Villages and Market Towns. The chances are that they will feature as a start point on your walks, or a refreshment stop or you may well be staying in them. Each has its own character but they all share the beautiful stone buildings and walls, interesting shops and tea rooms, pubs with the best beer in the country and hardy locals who are direct, forthright but friendly to their core.

Geology of the Dales

The Yorkshire Dales is a lovely soft landscape mainly characterised by the outcrops of limestone that create rocky scars and pavements, particularly to the south and west of the area. The limestone rock lies on top of an ancient Granite base, known as the Askrigg Block, which is hard and resistant to any erosion which may have occurred through the centuries. However the granite only comes to the surface in a few places (usually high) because it has been overlaid by two different forms of limestone, each roughly 400 feet deep; Carboniferous Limestone dominates the south and west and a darker, less obvious rock, mixed with shale and sandstone to the north.

The Carboniferous limestone is softer than that further north and is therefore subject to the erosion that produces the many spectacular limestone scars such as that above Austwick and Settle, and the pavements that sit, amongst others, on Malham Cove. These spectacular sites are the most obvious signs of the erosion for the walker and casual visitor but possibly not the most dramatic. These can be found underground where great caverns have grown up where the limestone has worn away and formed the most spectacular caving in the country – the less intrepid amongst us can view caves in safety at Stump Cross near Pateley Bridge and Ingleborough Cave near Clapham or watch true cavers being lowered in to Gaping Gill. The limestone appears on the surface almost white in colour which in low light produces the most dramatic effects beloved of the photographer. 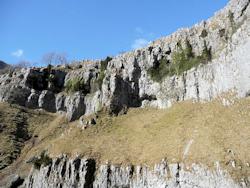 The soil on top of this is generally very thin, calcareous, forming soft green pastures which make the area such a pleasure to walk in.

Wensleydale, Swaledale and the Howgills do not have the obvious attractions of this ‘white’ limestone, but the darker more secretive type. The shale, sandstone and limestone have produced a ‘stepped’ hillside, particularly familiar in Swaledale although man’s influence through his mining activity has made this less obvious than it would be. The scars that are formed from this layering leave a landscape of dramatic waterfalls, often clothed in ash and oak, which are clearly seen at Hardraw Falls and in the upper Swale at Kisdon. A layer of thin coal lies in places above the rock layers and resulted in some of the local mining 2 centuries ago. The shales and sandstones are much harder than limestone so any water that falls tends to sit on top creating the peat moors of the upland areas in the north of the Dales. Throughout the Dales the highest hills have a coarse millstone grit cap on them. 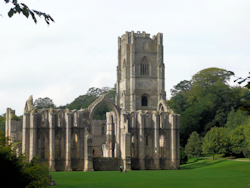 Glaciation had the next big impact on the scenery with the glaciers scouring the valleys along existing water courses and leaving the wide valleys and steep sides we are familiar with. Kilnsey Crag was formed by the retreating glacier and upper Wharfedale generally is a great example of morraines, terminal and otherwise that are left behind when the ice retreats. Finally water erosion adds to the landscape, not just in the obvious deep river valleys, but also with the erosion (through acid) of the limestone rock creating pavements and shake holes where the limestone has worn down the weak spots.

This is where though man comes in!

History of the Dales

Man has shaped the landscape of the Yorkshire Dales in a highly significant way, if we had not touched anything the majority of the land would still be forested with the upland moors and grasses still holding off the dominance of the trees. However we did and people who have lived here over the last 1, 000 or so years have worked the land in 3 significant ways; mining, agriculture and then tourism which now is predominant. The impact of tourism has only recently become significant, the Yorkshire Dales National Park was established in 1954 and the area now attracts in excess of nine million visitors each year to the region. The visual side to this is obvious in the towns, walkers, cyclists and other outdoor activities but it is the economy which is the real beneficiary. Most people who work in, or own property in the area are involved in the tourist industry either directly or like the shops and farmers indirectly and without it it is difficult to know what would happen.

The Romans were probably the first to mine effectively and there is evidence of the lead mines of the age as early as the 2nd and 3rd centuries. However it was much later in the 17th and 18th century that lead mining became big business and the mines and communities of Wensleydale and Swaledale grew up. During the 19th century 1, 000s of miners were employed and the two valley’s were considerably more populated than any time since. Further south the realisation that grassland can be improved by the application of burnt limestone led to the growth of lime kilns and even today there is a thriving industry in Wharfedale and near Horton in Ribblesdale.

Agriculture has been practiced through the centuries; initially tenant farmers scraped a living paying taxes to the local land owner whether he be a local lord or the church such as the Augustine monks of Bolton Abbey or the Cistercian monks at Fountains Abbey. However changes happened which seriously affected the landscape and left us, largely, with what we see today. Between 1780 and 1820 the Enclosure Acts led to a re-distribution of land and the resulting construction of the miles and miles of drystone walls which still dominate the valleys and hills. Many of the lovely buildings of Yorkshire stone that make up the villages and towns of this period were built at this time, as were the drover roads and tracks which litter the area and are now used as paths. 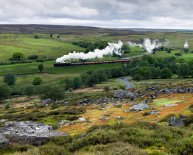 Things to do in the Dales 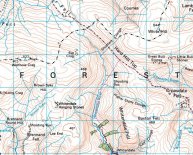 Where can you get epoxy resin in the UK?